The Oldest Swinger in Town

Yesterday we had a very exciting time. We planned to make several stops on the way into Manchester to view canally things. Leaving Leigh the canal changes hands from Leigh Branch, Leeds and Liverpool to Bridgewater Canal. It was noticeable that the banks and towpath were not so neatly kept. Bridgewater Canal is owned privately not managed by BW.
1st stop was at Astley Green. 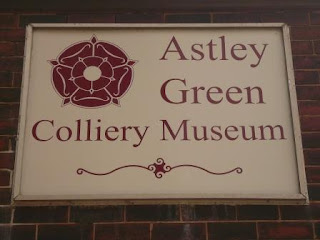 Unfortunately being Wednesday, not Tuesday, Thursday or Sunday it wasn't open. Got a good picture of the pit head gear though. 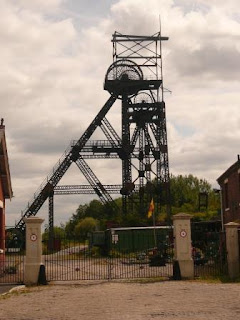 Next stop Worsley, where the mines owned by the Duke of Bridgewater can be found, giving the canal it's name and it's reason for being built here. 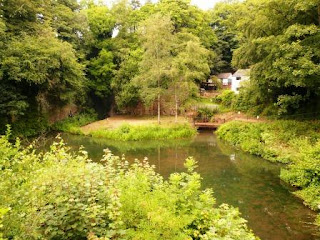 The old canal basin known as The Delph, there were 2 entrance tunnels into the mines. You can just make them out in the photo. 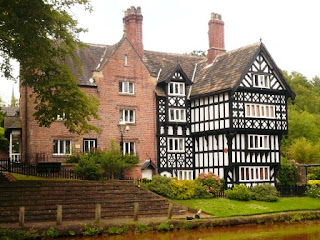 The magnificent packet house, built as several different houses and used in trading goods. The steps leading down for loading and also for passengers taking trips along the canal and into the mines.
The next stop was to be at Barton to take a look at the Swing Aqueduct. Imagine how excited we were to see this as we approached... 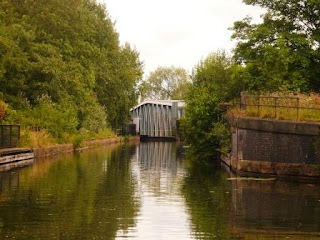 The aqueduct was turning.  So we tied up quickly and went to get a closer look. 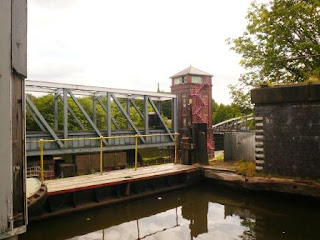 The canal stops abruptly and the aqueduct is now swung open pivoting in the centre on an island in the middle of the Manchester Ship Canal. 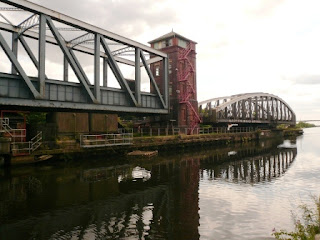 The road bridge open too, making an open passage for the big ships. 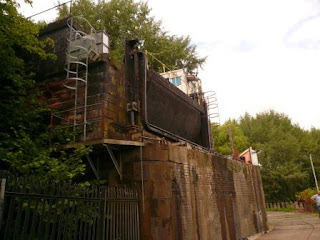 The canal should be overhead. The black metal is the gate which closes off the canal chamber. 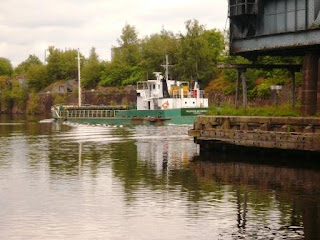 There's the 'big ship' going through, unfortunately on the other side of the island to us. 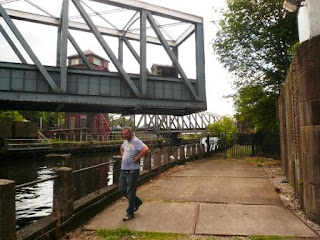 Mind your head Ian, it's coming back! 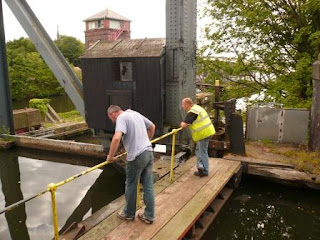 Just checking it's in place. 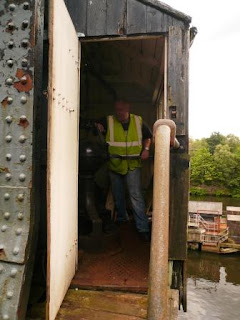 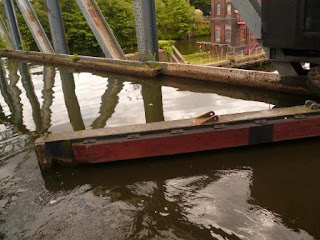 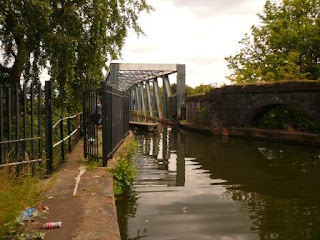 Now we can cross, 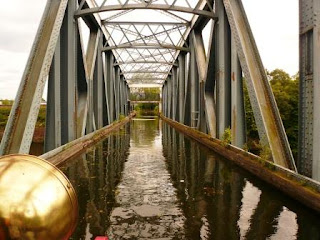 Are you brave enough to look over the edge? 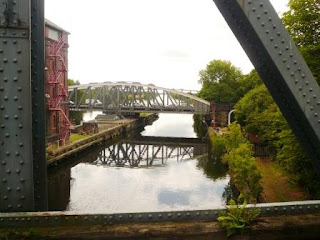 Road bridge back in position too. 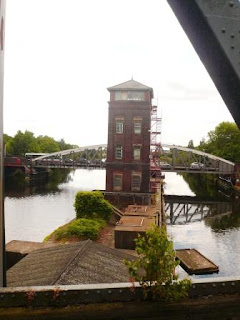 The main control tower on the island between the two bridges.
We couldn't have timed it better!
Then on into Manchester to moor at Castlefield Junction.
12 miles, 0 locks, 1 impressive swing aqueduct.

Ian and Karen
We have taken a break out of our busy lives to fulfil our dream of living aboard a narrow boat, travelling round the inland waterways of Britain. We are Ian and Karen with our slightly mad dog Jumble. Our two children are both away at University so it seemed a good opportunity to have our 'gap year' now. Think we might stretch it to 2 years to make sure we cover all the waterways on the map!